I thought the day the first trailer for Magic Mike premiered was the best day of my life — until now. An even better trailer just dropped for the flick, which stars Channing Tatum as the titular buff character. This preview starts out the same as the first one, with the old stripper cop routine at a bachelorette party, but then goes on to explore some different relationships. And there's way more dudes taking it all off (including Matt Bomer!). 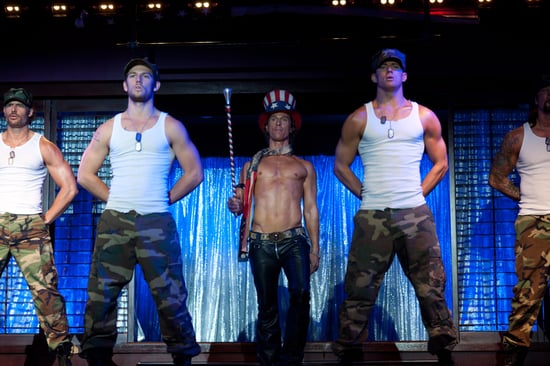 This trailer actually makes me more jazzed about the movie than the first one. We already know there's going to be a romance between Mike and Paige (Cody Horn), but now we get a little bit of the mentor/protégé relationship he has with Alex Pettyfer's character. See guys — this movie isn't just for ladies! There's male bonding, too! Look for Magic Mike to hit theaters June 29, and check out the trailer (I swear you won't regret it) after the jump

Relationships
It's Official: Every Spider-Man Dates His Mary Jane
by Mykenna Maniece 8 hours ago