Ready for a sweeping biopic about one of the world's most treasured leaders, Nelson Mandela? Idris Elba is taking on the iconic role in Mandela: Long Walk to Freedom, and the first trailer has just been released. The story follows Mandela from his youth, to his battle for freedom, to his destiny as the first democratically elected leader of South Africa. There's even a bit of romance, as the movie also chronicles his relationship with wife Winnie (Skyfall's Naomie Harris). 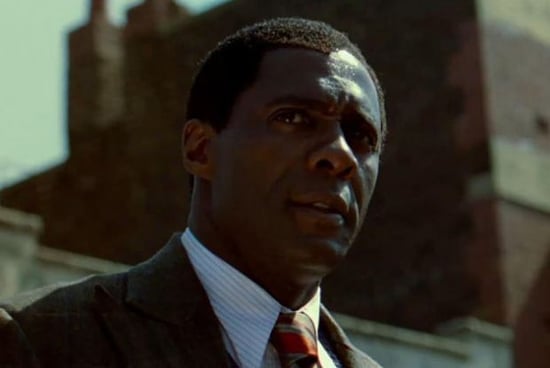 I actually enjoyed this trailer a lot more than I anticipated, mostly because of Elba's strong performance as Mandela. Elba's been keeping busy as the title character on the BBC's Luther, but it's nice to see him take on a really challenging role — and be so darn impressive. I also think the emotional trailer owes a lot to its soundtrack; K'NAAN's "Wavin' Flag" is spot-on for the powerful story. The movie is set for a Nov. 29 release, and you can watch the trailer after the jump.