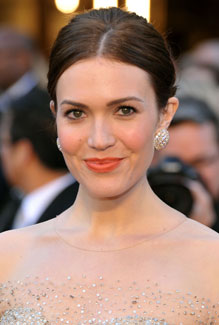 Good girl Mandy Moore is about to step outside her comfort zone: she's just signed on for a thriller called Falling Slowly, where she and Rodrigo Santoro will play a couple with a haunted apartment. Chris Sparling, the writing mastermind behind Buried, will be making his directorial debut (so at least he's familiar with suspenseful films). For the most part, Moore has stuck to romances and comedies on the big screen, so this should be an interesting departure for the actress — even if the film already sounds like Paranormal Activity.