Maria Bello will return to TV this Fall in NBC's new cop procedural Prime Suspect. Based on the British series starring Helen Mirren, Bello plays Jane Timony, a tough-as-nails homicide detective who loves her job and refuses to apologize for it (or her personality). Bello was joined at the TCA with her costars and producers to talk about how the series will differ from the original, and why it was a role she couldn't refuse. 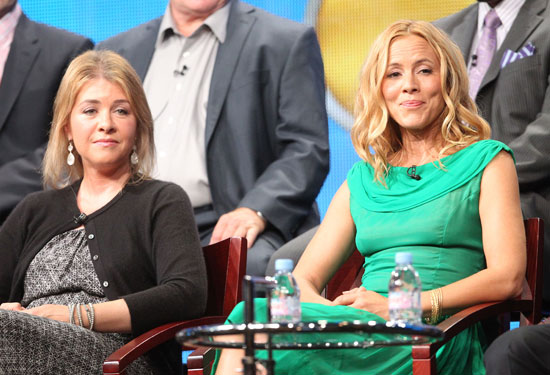 To find out what made Bello take on the role, and what Helen Mirren thinks, just read more.

Maria BelloFall TVTV
Around The Web

Insecure
What Is AMBW and Why Is Hollywood Just Catching On?
by Kennedy Hill 18 hours ago

Netflix
Unsolved Mysteries: 3 Theories on What Happened in Berkshire County in 1969
by Stacey Nguyen 20 hours ago