Is the world ready to see Michael Sheen as "the alpha dog of coochie medicine"? Well, ready or not, the trailer for Showtime's upcoming series Masters of Sex is here and it's . . . politely raunchy? Sheen stars as WiIlliam Masters, a pioneering sex researcher who breaks down scientific and social barriers with his trusty assistant Virginia Johnson (Lizzy Caplan) at his side. The show is based on the true story of famous researchers Masters & Johnson, and though it contains a lot of sex scenes (as the stars recently confirmed), it looks both steamy and substantial. 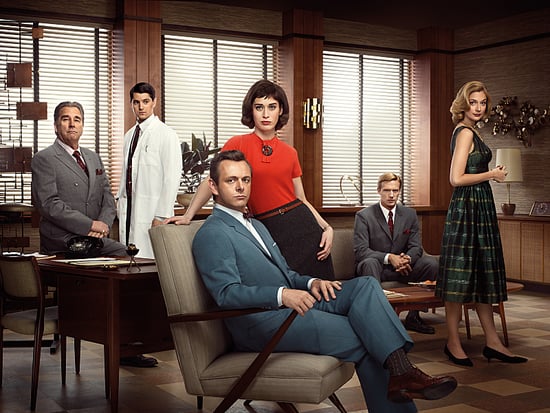 I love Caplan and have been hoping she would find a home on TV since Party Down ended. I wouldn't have thought a period series about sex research would be it, but I think it looks spectacular. Masters of Sex has all the trappings of a quality cable show: love triangles, hoop skirts, and nudity. Personally, I can't wait. The show premieres at 10 p.m. on Sept. 29 on Showtime, and you can watch the trailer after the jump.