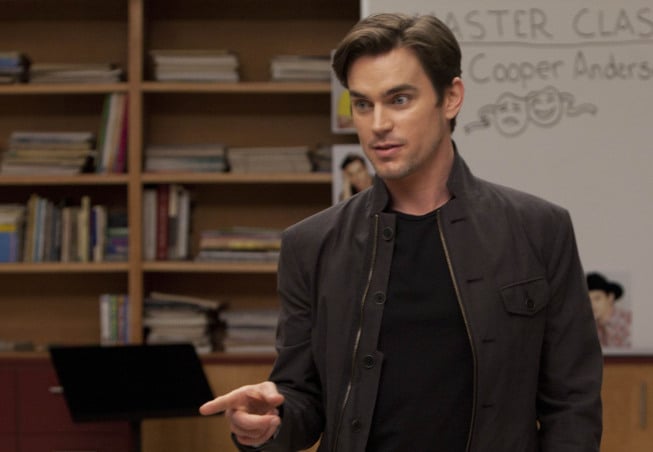 Glee will be back from a long hiatus tonight, which means we'll (hopefully) finally learn the outcome of Quinn's car accident. These new pictures from the episode don't provide any hints on that front, but we do get an exciting first glimpse of Matt Bomer as Blaine's big bro, Cooper. Not only does he share Blaine's good looks, but apparently Cooper is also a big movie star who teaches the glee club a few things about acting. Take a peek at the episode now, and be sure to watch Bomer belt out "Somebody That I Used To Know" alongside Darren Criss!

Previous Next Start Slideshow
Matt BomerGleeTV
Around The Web

The Voice
The Voice: This Singer's "Spiritual" Harry Styles Cover Earned Him a 4-Chair Turn
by Kelsie Gibson 9 hours ago