Like a true Hollywood star, Matt Damon is cruising around town promoting his new film, Promised Land. However, last night he stopped by The Tonight Show With Jay Leno and told the host he does the one humbling act that most stars avoid like the plague: he reads comments that random people on the Internet post about him. While most of us would shudder at the thought, Damon bravely read off three less-than-flattering comments, two of which involve his so-called "doughy" physique. The clip concludes with a jab that President Obama made about Damon's performance in The Adjustment Bureau. Ouch! We still love you, Matt. 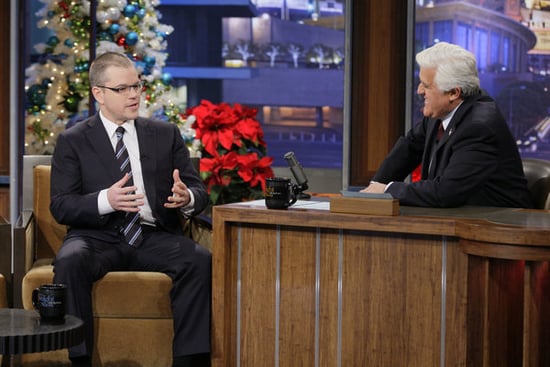 Watch the clip when you read more.

PBS
It's a Sad Day in Elwood City: Arthur Is Coming to an End After More Than 2 Decades
by Kelsey Garcia 47 minutes ago