While Don Draper will be off enjoying his engagement until next Summer, Jon Hamm is hardly taking a vacation from work. He and Megan Fox have both signed up for Friends With Kids, a comedy that follows a pair of BFFs who observe how their friends change after adding children to the equation. To avoid the same fate, they decide to have a kid together and then date other people. (Let the comparisons to BFF & Baby begin now.) 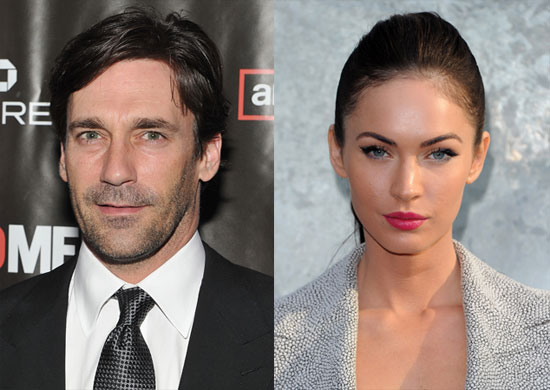 The film was written and will be directed by Jon Hamm's longtime girlfriend Jennifer Westfeldt, so it's no surprise she called in a favor to her handsome leading man. The real-life couple won't be paired up on screen, though: Westfeldt and Adam Scott will play the main characters, with Fox as one of Scott's new love interests. Hamm will be paired up with Kristen Wiig, presumably as one of the couples that demonstrates a less-than-ideal family life.