Emojis can add a lot to conversation, and they can even tell a story — like, say, Miley Cyrus's life story. One creative texter put together a serious string of emojis to create Miley's biography, turning them into a surprisingly spot-on story. Another look back that had us cracking up this week was an ESPN documentary about Michael Jordan's career-making basketball game from the movie Space Jam. See that and more with this week's most hilarious Internet finds: 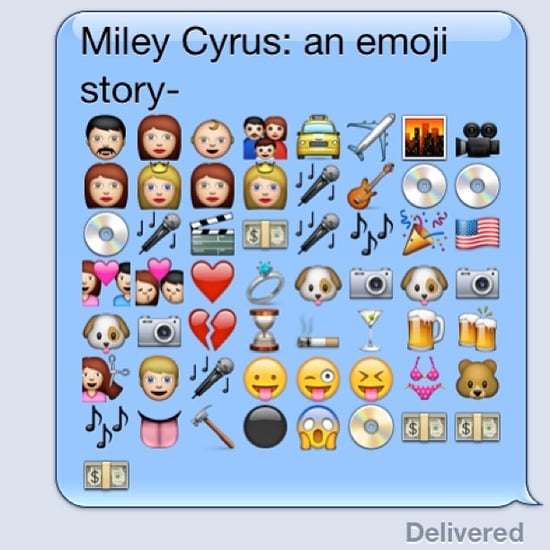 It's what Internet dreams are made of — someone out there took the time to create an emoji-inspired Miley Cyrus biography, sledgehammer and all.

Thor: The Dark World may feature a lot of action, but it's actually a romantic comedy in disguise. Jimmy Kimmel Live created a movie trailer as if Marvel was marketing the movie to women, renaming it Thor Actually.

In honor of Movember, funny guy Nick Offerman celebrated the cause with an epic 'stache dance inspired by the movie Flashdance.

College kid Logan Paul has a pretty impressive roundup of Vines, with videos that feature him messing with strangers, pulling off weird public stunts, and joking around at the grocery store.

What's more frightening than being lost in space? Being lost in a giant Ikea store with no sense of direction, no silence, and bad cell service. "It's, like, way too big."

#AllThese Scantrons but you had to test me... pic.twitter.com/HLvHPEC4H4

Reimagining some of Drake's pun-filled lyrics, the Twitter user AllThese shares hilarilously random, emo lines. One of our favorites: "All these sneezes and I still couldn't get at chu."

Friendship
Friends Are Doing PowerPoint Nights to Present Hot Takes to Each Other, and It Looks So Fun
by Ashley Broadwater 1 day ago