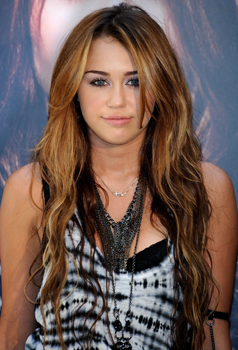 Love her or leave her, you have to give props to Miley Cyrus. It can't be easy to break out of a role like Hannah Montana, and yet with her movie acting and her music, she's making a career for herself outside of the Disney franchise. Her latest coup: the pop star has just signed on for So Undercover, an action comedy in which she'll play a private eye hired to go incognito at a sorority.

OK, so it doesn't sound like the most highbrow of films, but add this to Cyrus's other upcoming projects like Wake and LOL with Demi Moore, and she's building quite the résumé. Here's the question: does she have big screen staying power?

Jamie Lee Curtis
Lock Your Doors! Michael Myers Is Back in the Suspenseful Trailer For Halloween Kills
by Chanel Vargas 1 hour ago

Janel Parrish
Janel Parrish's Hallmark Film, Holly & Ivy, Will Give You All the Feels: "It Has So Much Heart"
by Kelsie Gibson 4 hours ago