The Mindy Project's second season promises to raise the stakes in more ways than one when it returns tonight, and when we visited the set of the Fox comedy earlier this Summer, we got an accidental sneak peek at one major plot twist. Warning: spoilers ahead! 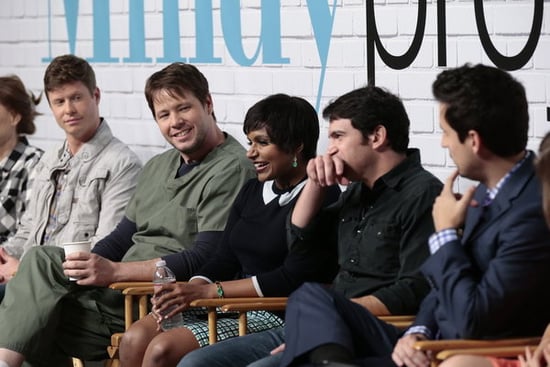 Following a panel with Mindy Kaling, the cast, and head writers, we got a tour of Mindy Lahiri's apartment, where we noticed a wedding banner, white balloons, and a cake congratulating Mindy and Casey (played by Anders Holm). After realizing that the cat was out of the bag, Kaling 'fessed up that there will be a wedding between the two characters in the season premiere but also hinted that it will be short-lived or somehow unsuccessful — earlier, she mentioned Mindy will cope with being "single again" this season. Beyond the wedding, here are four other reasons we'll be tuning into the Fox comedy's sophomore season:

For the rest of our list, just read more.

Barbie Ferreira
Did You Catch That Game of Thrones Easter Egg on Euphoria?
by Monica Sisavat 16 hours ago