Pixar proved that they're still box office champs this weekend, sticking it to Brad Pitt's zombie thriller. Monsters University made $82 million in its first weekend in release, besting fellow new release World War Z, which came in second with a very respectable $66 million. Man of Steel dropped to No. 3, adding $41.2 million to its total, while The Is the End scored the fourth spot with a $13 million haul. Now You See Me hung in the top five, earning $7.9 million. 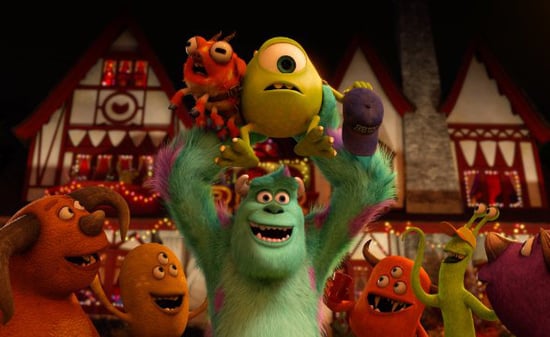 Jamie Lee Curtis
Lock Your Doors! Michael Myers Is Back in the Suspenseful Trailer For Halloween Kills
by Chanel Vargas 8 hours ago

Janel Parrish
Janel Parrish's Hallmark Film, Holly & Ivy, Will Give You All the Feels: "It Has So Much Heart"
by Kelsie Gibson 10 hours ago