Since some TV shows are taking a breather this week, fill your extra downtime with a new DVD release! Along with these three, you can also rent the Oscar-winning documentary, Inside Job. 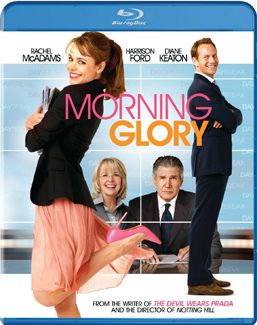 Rachel McAdams stars as Becky, a young morning news producer with big dreams of working on The Today Show. When she gets fired from a job in NJ, she settles for low-rated program in Manhattan, working with a cranky veteran journalist (Harrison Ford). Becky quickly begins to drown as she desperately tries to boost ratings while also balancing a new romance (with Patrick Wilson). Though the set up has all the makings of a cute romantic comedy, the film gets bogged down and falls short of success. What does work: McAdams, who is delightfully charming even when her character is acting melodramatic. DVD extras include audio commentary and a deleted scene. 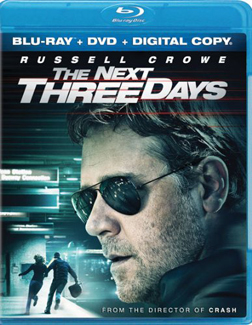 The Next Three Days

Paul Haggis directs and Russell Crowe stars in this action flick about a husband bent on getting his wife (Elizabeth Banks) freed from jail. When she's sentenced for murder with no release date in sight, he enlists an ex-inmate (Liam Neeson) to help build an elaborate plan to bust her out. The film becomes increasingly illogical as his scheme is set in motion, but the fast-paced chase is still entertaining to watch. Extras include deleted and extended scenes, three featurettes, and commentary.

One more release to check out after the jump. 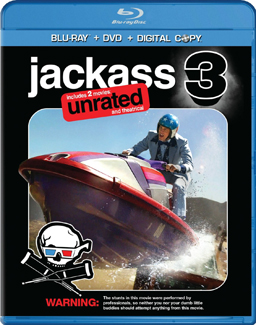 Johnny Knoxville and his motley crew return for another installment of gross-out humor and brutal shenanigans to make you squirm. If you opted out of seeing Jackass 3D in theaters, the DVD extras include the MTV making-of special, deleted scenes, and outtakes — which you know have to be ridiculous. Though you may not be able to get the 3D effects at home, think of it this way: at least you won't have porta potties hurling toward your face.