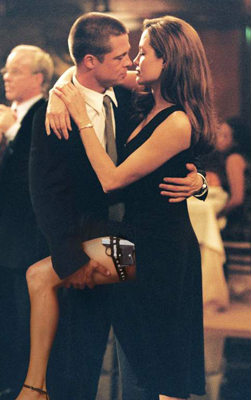 Mr. and Mrs. Smith — the early years? That's the idea behind Hollywood's latest follow-up to the movie that first paired Brad Pitt and Angelina Jolie. Instead of a sequel, though, the next movie would be a prequel with different actors.

The prequel, titled Mr. and Mrs. Jones, would match up two completely new characters in a similar situation — spies forced into an arranged marriage — but this time, they'll be a bit younger. The casting calls for two 20-something hot actors, and if Jones wants to get close to the success of Smith, the couple needs to have smoldering hot chemistry.

Any ideas? I could see Natalie Portman or Malin Akerman taking on the man-eater role, while Jake Gyllenhaal or Robert Pattinson could both stand to take on a slick action flick. Who would you want to see together?