It's ABC day for the TCA, and the press tour got a little lighter and funnier when the cast of Mr. Sunshine took the stage. This is Matthew Perry's vehicle, who stars as Ben, the manager of the Sunshine Center, a mid-tier sports arena in San Diego. He was joined by cast members Allison Janney, Nate Torrence, James Lesure, and Andrea Anders, as well as the producers to talk about the new midseason comedy. 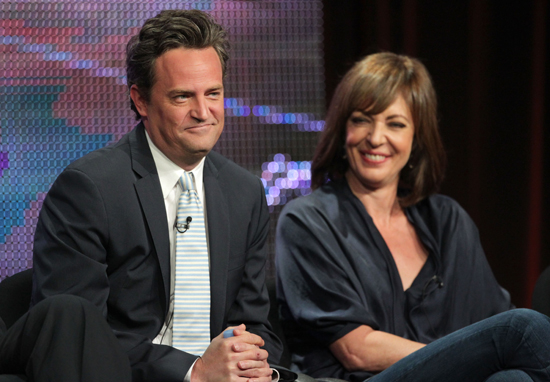