We've already expressed a little sadness that Jason Segel and Amy Adams won't be reprising their roles in the Muppets sequel, Muppets Most Wanted, but in the full trailer for the family film, Tina Fey, Ty Burrell, and Ricky Gervais are trying their best to make up for their absence. In this movie, Kermit's criminal look-alike, Constantine, switches places with him and then poses as him, wreaking havoc alongside his accomplice, Dominic Badguy (it's French), played by Gervais. 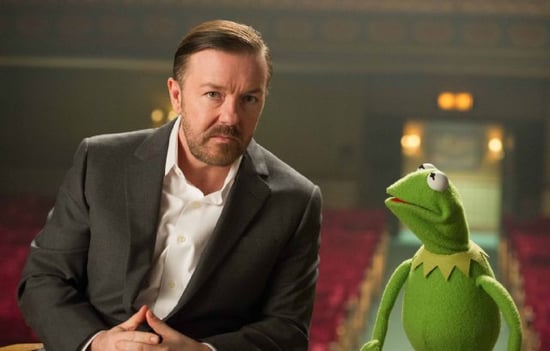 Though I'm delighted to see Fey and Burrell with goofy accents, I want to see more of the other actors who are in the movie, like Lady Gaga and Tom Hiddleston. I also hope there's more singing than the trailer lets on. The movie comes out March 21, but you can get your fresh new look after the jump.