I'm so used to seeing Will Forte being a goofball on Saturday Night Live that it's a little weird to see him in the Nebraska trailer not making weird faces or being silly. Instead, he's rather serious in director Alexander Payne's drama as David, the son of a man (Bruce Dern) who's convinced he won a million dollars in a sweepstakes. David agrees to go with dad Woody from Montana to Nebraska to get the money, but David remains skeptical of the whole situation and generally skeptical of his father. 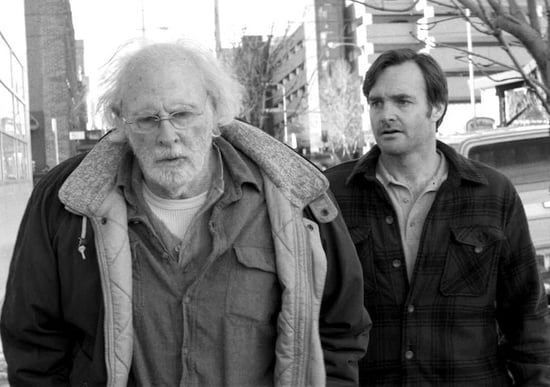 The fact that the movie is in black and white feels a little pretentious, but I'm willing to overlook that because of the talent involved. Payne rarely turns out a bad movie — the last two films he directed were The Descendants and Sideways — and this seems like it has that same vaguely comedic tone while still being mired in serious matters. What exactly is this father and son relationship? Is Woody kind of a crappy guy? We'll have to find out when Nebraska opens on Nov. 22, but you can watch the trailer after the jump.