DVD queue in need of some refreshment? Today's video releases should do the trick. There's a must-see indie from the Summer, an action adventure tale, and a holiday-themed classic to get you in the spirit! 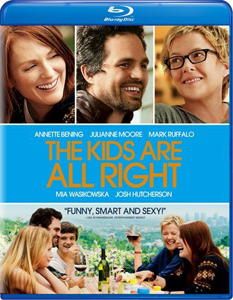 The Kids Are All Right

This Summer's indie dramedy is one of my favorite movies of the year. The outstanding ensemble cast is led by Annette Bening and Julianne Moore as a lesbian couple whose two children decide they want to meet their biological father (Mark Ruffalo). When the two kids (Mia Wasikowska and Josh Hutcherson) want to integrate their dad into the family, all the relationships are thrown into upheaval. The only thing that's better than the acting in this movie is the dialogue, which is alternately laugh-out-loud and painfully honest. The DVD extras include a commentary track with director Lisa Cholodenko and three featurettes. 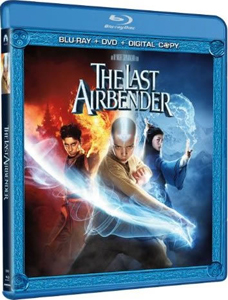 M Night. Shyamalan put his typical thrillers on the back burner for a big screen adaptation of the popular cartoon Avatar: The Last Airbender. The fantasy film takes us to a world divided by the elements: Earth, Water, Air, and Fire. A brother and sister (Nicola Peltz and Twilight's Jackson Rathbone) set out to try to make peace between the nations with the help of a young prodigy named Aang (Noah Ringer), who has the power to manipulate the elements to his advantage. Though the actors are wooden and the plot drags, the movie boasts some dazzling special effects. DVD extras include Discovering The Last Airbender (nine-part documentary in HD), deleted scenes, outtakes, and featurettes. 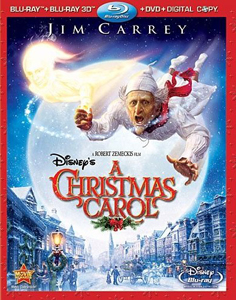 Jim Carrey takes on Ebenezer Scrooge in the latest animated spin on the Charles Dickens classic. The film stays true to the novel, which means portraying some of the darker elements that are omitted from other film versions of the story. I was really impressed with the special effects, even though some of the emotion is lost in the animation. Bonus features include featurettes and deleted scenes.

MoviesA Christmas Carol
Around The Web

TV
Important Question: When Will HBO Max Become Available on Roku?
by Amanda Prahl 1 day ago

Netflix
How Much of Netflix's Mank Is a True Story? Here's the Deal
by Stacey Nguyen 1 day ago

HBO
Warner Bros. Is Releasing All Its Movies on HBO Max in 2021 — Here's the Complete List
by Amanda Prahl 1 day ago