Looking for something to watch on the couch this weekend? I've got a few DVD releases for your consideration, including a Hollywood retelling of a classic story, a quirky festival film, and a hilarious TV show to get into, if you haven't already. Take a look! 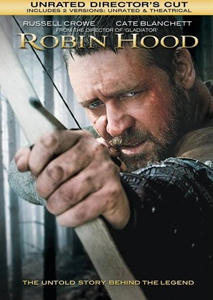 Robin Hood
Director Ridley Scott helms this prequel of Robin Hood with Russell Crowe in the title role and Cate Blanchett as a tougher version of Maid Marian. Crowe isn't my favorite actor to ever play the part, but mainly my biggest issue with the film was its long run time at two and a half hours (hey, at least at home you can pause it). The director's cut includes an extra seventeen minutes of footage, but in this case, it may actually be a good thing, as it shows more of the relationship between the two leads. 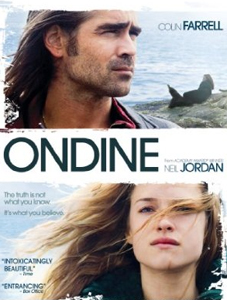 Ondine
Colin Farrell plays a handsome, former boozer who finds a woman in his net while fishing and questions if she's actually a water creature from Scottish mythology. I know it sounds a little out there, but I actually enjoyed it when it debuted at the Tribeca Film Festival. Farrell is a perfect fit in the role, and he has nice chemistry with his leading lady/now-girlfriend, Alicja Bachleda. DVD extras include a behind-the-scenes featurette.


One more release when you read more. 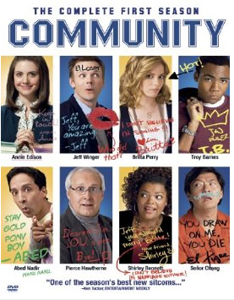 Community: The Complete First Season
I've already given you plenty of reasons to start watching Community, and now's your chance to play catchup. Just in time for the season two premiere this Thursday, you can watch season one on DVD. The "Modern Warfare" episode is not to be missed, but DVD bonuses also include mini episodes, a highlight reel, and my favorite — outtakes!

ADVERTISEMENT
Robin HoodMovies
Around The Web