PaleyFest was full steam ahead last night with the hilarious cast of New Girl taking the stage to discuss the first season of their runaway hit. The panel was an hour and half comedy routine filled with jokes about Max Greenfield's small nipples and interesting mole patterns, Jake Johnson's horrible dancing, and Zooey Deschanel's favorite scene to date. The cast also dished about what they hope will happen in the relationships between Cece and Schmidt as well as Jess and Nick. Here are some of the highlights: 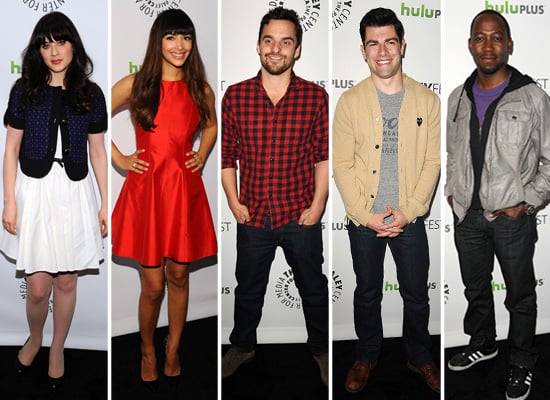 To see what else the cast had to say about when we'll finally see Nick and Jess get together, just read more.

Stay tuned for more updates from PaleyFest including tonight's coverage of the Parks and Rec panel and updates from Saturday's Vampire Diaries chat with the cast.

Netflix
The Pogues Might Be Going to the Bahamas, but Outer Banks Season 2 Wasn't Filmed There
by Grayson Gilcrease 12 hours ago