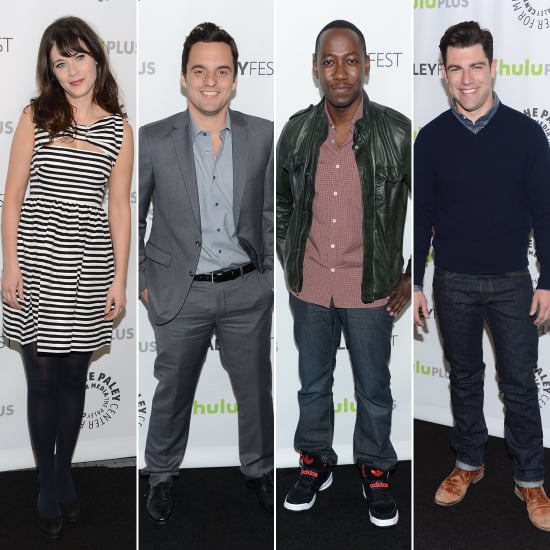 Last night, the cast of New Girl joined forces for the comedy's PaleyFest panel, where they spilled lots of intel on what's to come throughout the rest of the season. Zooey Deschanel, Hannah Simone, Jake Johnson, Lamorne Morris, and Max Greenfield were all in attendance, as was show creator Liz Meriwether. They presented a sneak peek at next week's episode, which features Jess spilling her guts — unintentionally — to Nick while she's on pain pills. We also learned about a dramatic episode ahead that will spell a bit of a departure for the show and the return of some familiar faces. Check out some of the highlights, but be warned: there are some spoilers ahead!