New Girl wrapped up its second season this week with a wedding, an amazing make-out session, and hijinks galore. Though Nick and Jess are always the focus for us, there's a lot going on — Cece's wedding gets sabotaged (I mean, sabo-ed), one couple doesn't make it, and Taylor Swift herself is there. The episode is a pleasing ending to a funny season filled with will-they-or-won't-they moments, and before we say goodbye, let's talk about our four favorite things from the New Girl season finale. 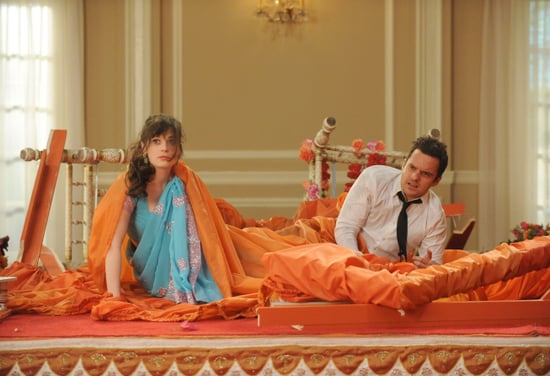