We're in the midst of welcoming new TV shows into the fold, including Ryan Murphy's comedy The New Normal, about a gay couple using a surrogate to have a baby. Even though I wasn't completely sold on it from the pilot, I was pretty charmed by lead couple Andrew Rannells and Justin Bartha. That appeal is what's keeping me watching: both guys are cute and funny, they make a believable pair, and I want to see them take on relationship challenges as they face the reality of having a kid. However, I'm not in love with every element of the show, particularly the obnoxiousness of Ellen Barkin's bigoted grandma character and what feels like way too much envelope and agenda-pushing. Still, I'm hoping that those things get toned down as the show goes on, and I'll continue to tune in for now. But I'd like to know what you think of The New Normal. If you're watching this new series, let us know in the comments, along with what you like (or don't like) about it. 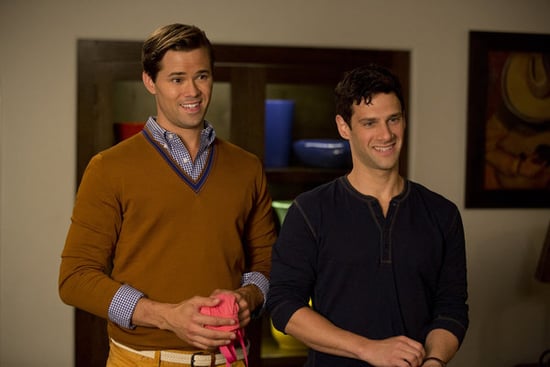