HBO's latest Sunday night offering, The Newsroom, premiered this week, and I was excited to see Jeff Daniels as a prickly news anchor. In the pilot, we meet his character, Will McAvoy, who makes a controversial outburst and then finds his prime-time news show in a transition. We're then introduced to the members of his staff, including his new executive producer with whom he has a checkered past (Emily Mortimer). The first trailer was incredible, and I was hoping that Aaron Sorkin's writing would make it this Summer's must-see show, but I wasn't as hooked by the first episode as I thought I'd be. Still, I enjoyed the supporting cast of behind-the-scenes personalities, particularly Alison Pill, John Gallagher Jr., and Dev Patel. I'd love to hear what you thought, though — what's your first impression of The Newsroom? 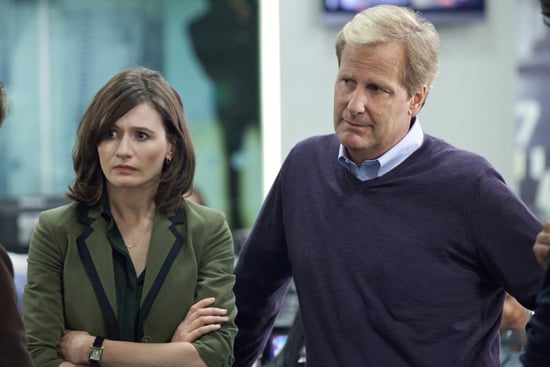 Beauty Shopping
15 Celebrity Beauty Products That Are Worth the Hype, According to Our Editors
by Jessica Harrington 21 hours ago