Tonight's premiere of the ninth season of American Idol has more significance since yesterday, when Simon Cowell announced that this would be his last season on the show before he leaves it for an American version of X Factor.

Before we get all nostalgic, let's focus on the matter at hand: Idol's back! Not only is the return episode tonight a two-hour premiere, but the auditions continue tomorrow evening as well. New judge Ellen DeGeneres won't start until after the auditions are over, but in the spot vacated by Paula Abdul will be a few celebrity guests, including Neil Patrick Harris, Joe Jonas, Kristin Chenoweth, and Katy Perry. Kicking it off tonight is Victoria Beckham, who has the requisite sassiness for the job. 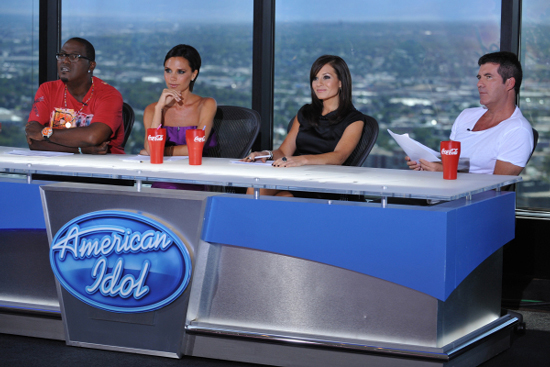 When news of Simon's departure was just a rumor, the majority of you said you wouldn't watch the show without him. So I'd imagine that you may be most into the ninth installment because it'll be the last time you'll see Simon as a judge. So, will you be tuning in?

The Bachelorette
The Clare Crawley Backlash Has Begun, but Does the Bachelorette Deserve the Criticism?
by Amanda Prahl 3 hours ago