In Non-Stop, it's up to Air Marshal Liam Neeson to save an airplane full of people while he's being blackmailed, and I'll forgive you if it feels like you've already seen this movie. While Neeson is staying comfortably inside his wheelhouse for this role, Downton Abbey's Michelle Dockery is rocking a look that the Dowager Countess would never approve of: she's a flight attendant! She helps Neeson's undercover marshal character Bill Marks when a mysterious baddie starts texting him, threatening to kill passengers unless Marks delivers him some cash. 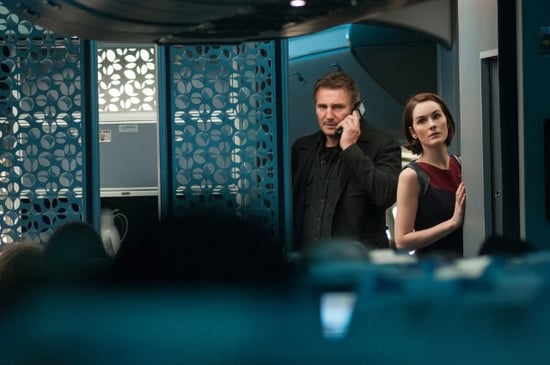 The thriller looks incredibly generic, but it still entertaining, especially with supporting roles filled by Dockery, House of Cards' Corey Stoll, and Julianne Moore. Non-Stop comes out Feb. 28, and you can watch the trailer after the jump.