This week marks the 10th anniversary of the premiere of The O.C., and we're not the only ones who are looking back — the actors from the series have been reflecting about the show as well. Rachel Bilson shared a video of one of Summer Roberts's most memorable lines, Olivia Wilde tweeted about her memories of bronzer, and Adam Brody and Tate Donovan both spilled their guts in recent interviews. Check out how the actors have been looking back on their O.C. experience 10 years later! 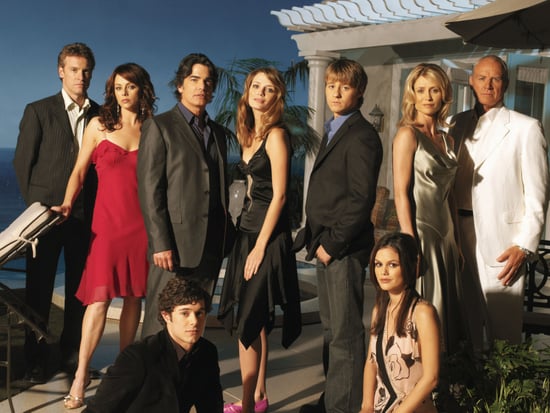 Has it really been 10 yrs since we soaped up tv screens with The OC? Jesus. Was that legal? I remember lots of bronzer and kissing.

As I recall the bronzer was your idea...@oliviawilde

The tenth anniversary of #THEOC! Bagels and schmears for all! Many thanks for the kind words. We were a lucky bunch. Cheers!

Get the rest of the cute responses after the jump.

Californiaaaa… there we went. Happy 10 yr #theOC. Here's the first commercial for the show! https://t.co/3Un8QzXkM6

Really enjoying all this 10th anniversary #OC buzz today! Thanks, everyone!!

Image Source: Fox
The O.C.TV
Around The Web