If you like action, movies about the future, and/or Tom Cruise, there's a good chance you're going to be really into the trailer for Oblivion. Cruise stars as Jack Harper, a drone repairman who returns to the Earth 60 years after a near-apocalypse destroyed most of the planet. As he says, nothing human remains. With only two weeks left on the job, his mission goes awry and some curious discoveries — and a cryptic Morgan Freeman — lead him to believe he doesn't know the full story of the war that destroyed the planet. 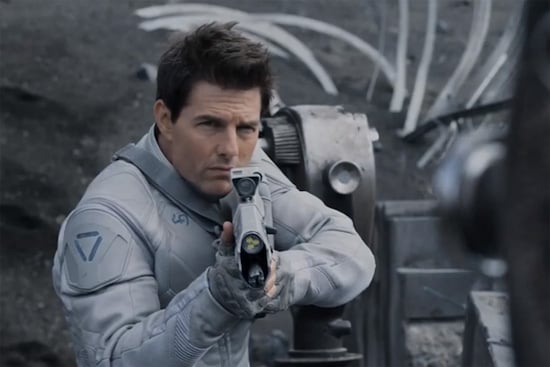 With a good movie trailer, I can be a sucker for Tom Cruise. Given the combination of action and mystery (I demand to know what happened on that planet), Oblivion does pique my interest. Also, the mere presence of Morgan Freeman is enough for me to consider a trip to the theater, especially when he's wearing those cool glasses. The movie opens April 19, but you can watch the trailer now after the jump.