It's hard to believe, but after seven long seasons on The Office, we're finally approaching Steve Carell's last episode. It's going to be a bittersweet 50 minutes to be sure, but before you grab your tissues and get ready to say goodbye, see how much you learned about Dunder Mifflin's best boss over the years. 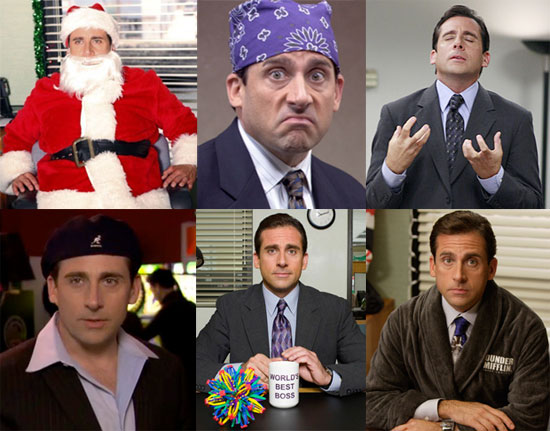 How Well Do You Know Michael Scott?

What is Michael's middle name?

In episode "The Injury," what appliance does Michael burn his foot on?

True or False: Michael Scott did not attend college.

What is the name of Michael's nephew, who interns at Dunder Mifflin?

What is the name of the screenplay that Michael writes?

Which employee is Michael assigned to in the Secret Santa (turned Yankee Swap?)

Where does Michael's World's Best Boss mug come from?

Which of the following songs has served as Michael's ring tone?

What moniker does Michael give his convict alter ego?

Where do Michael and Jan go on vacation together?

The OfficeEditor's Pick
Around The Web

Beauty Reviews
I Haven't Changed My Cleanser in Years, but This New One Just Earned a Spot in My Routine
by Jessica Harrington 1 day ago

Perfume
27 Beauty Editors, Influencers, and Experts Reveal Their Favorite Scent of the Year
by Nikita Charuza 3 days ago

Spring Fashion
23 Women-Owned Fashion Brands to Shop All the Time, but Especially This Month
by Sarah Wasilak 4 days ago

Spring Fashion
I Shop For a Living, and These Are the 18 Must Haves I'm Excited to Buy For March
by Macy Cate Williams 5 days ago