In this week's The Office episode "After Hours," half the crew is at home in Scranton, but the project committee is still working down in Tallahassee. While the night is full of solid comedy, there's a lot that goes down. Darryl does his best to tell Val how he feels, Pam and Jim's relationship is tested, but the focus of the episode is really on Dwight's desperate attempt to get a big promotion. 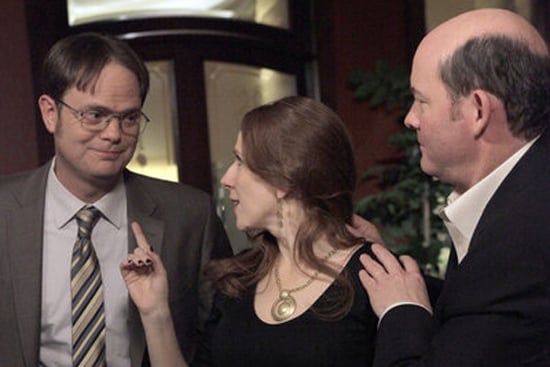 No hard feelings toward last week's episode "Tallahassee," but I had pretty low expectations going into this week, and I was pleasantly surprised by all of the funny dialogue. Learn my favorite lines from "After Hours" after the jump.

What did you think of this week's episode? Are you into the Tallahassee story line? Share your thoughts in the comments below!