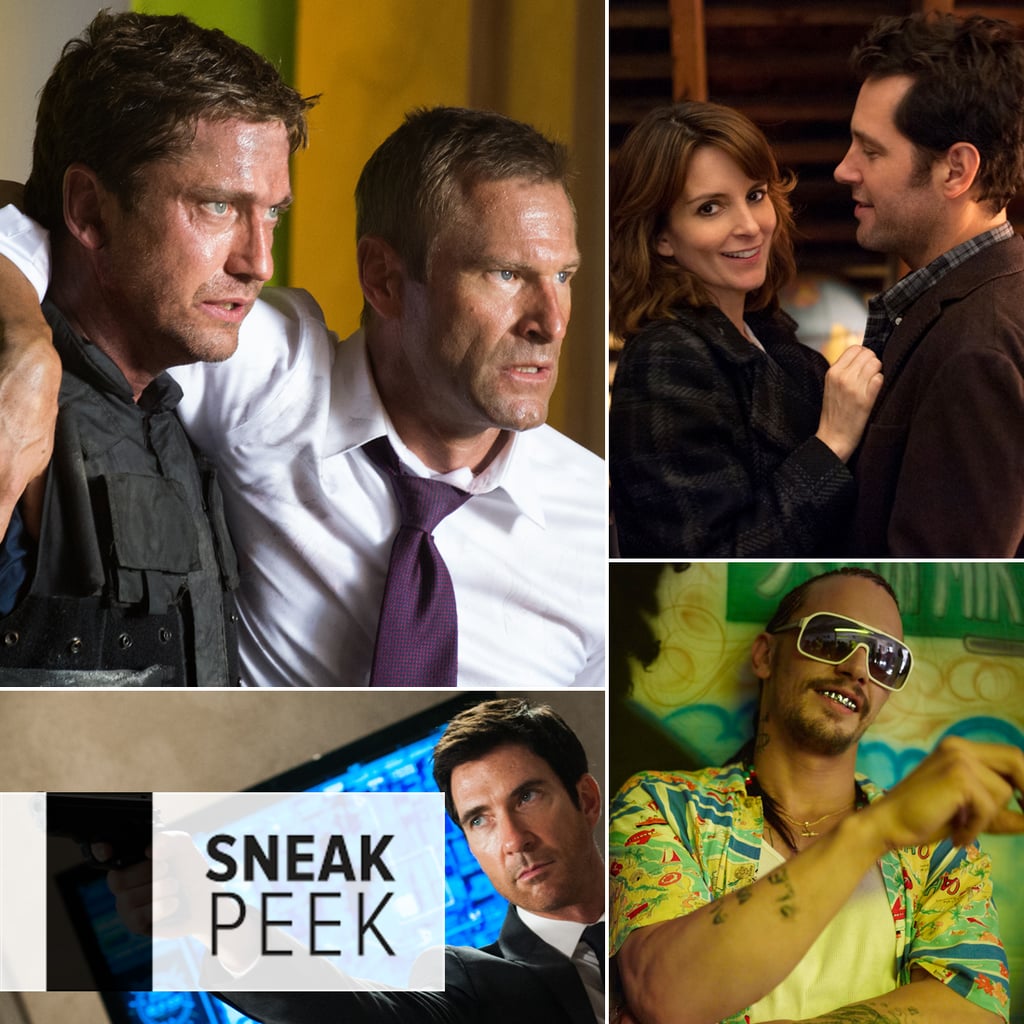 It's a good week to hit the theater, because there are three hotly anticipated new releases coming. Gerard Butler and Aaron Eckhart are costarring in White House action flick Olympus Has Fallen, while Tina Fey and Paul Rudd have paired up for comedy Admission. And you may have also heard of a little film called Spring Breakers, starring James Franco and a couple of Disney Channel alums. Click through to see all the pictures of the new films.