Once Upon a Time in Wonderland is the spinoff to ABC's fairy-tale hit Once Upon a Time, and like most spinoffs, the show will stand on its own — at least that's what creators Edward Kitsis and Adam Horowitz hope. They shared their plans for how they'll accomplish that at TCA, along with the cast, including Sophie Lowe, who plays Alice and assured us that this is not an Alice we've ever seen before. One way Wonderland's shared DNA with Once Upon a Time is evident? It also stars a Lost alum: Naveen Andrews. Read the panel highlights to also find out why he was eager to go down the rabbit hole and play Jafar. 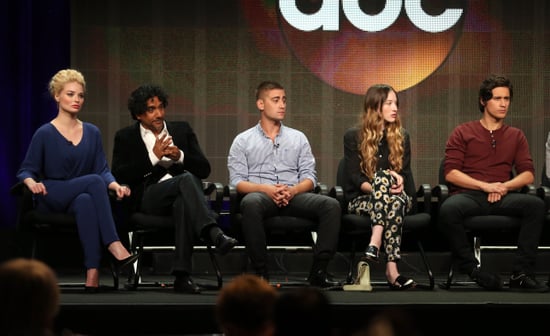