Fans of One Direction showed their support for the British boy band this weekend, boosting One Direction: This Is Us to the top of the Labor Day weekend box office. The documentary made $17 million in its first three days of release, followed by last week's top earner, Lee Daniels' The Butler, with $14.7 million. We're the Millers came in third place with $12.6 million, Planes climbed up to fourth place with $7.8 million, and Mexican import Instructions Not Included came in fifth with $7.5 million, a surprising total given that it was only released in 347 theaters. Selena Gomez thriller Getaway took in only $4.5 million, and fellow new release Closed Circuit with Eric Bana scored $2.5 million. Monday totals showed that Lee Daniels' The Butler actually won the four-day weekend, grossing $2 million more than One Direction: This Is Us. 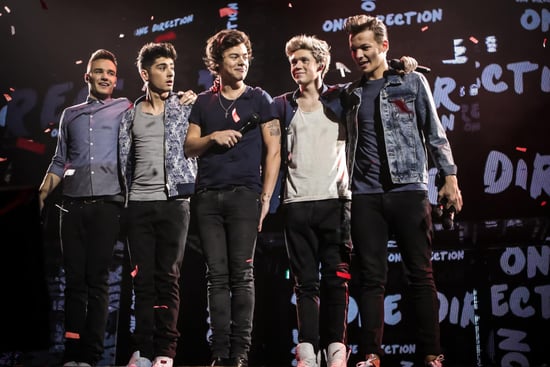 Image Source: Sony Pictures
This Is UsOne DirectionMoviesBox Office
Around The Web

Harry Shum Jr.
Harry Shum Jr. and Jessica Rothe's New Film, All My Life, Is Based on an Emotional True Story
by Kelsie Gibson 9 hours ago