James Franco stars as the titular character in Wizard of Oz prequel Oz: The Great and Powerful, and today we get a look at the film's first poster. Though we don't see any of the actors (the movie also stars Michelle Williams, Rachel Weisz, and Mila Kunis), the art is pretty cool and features the familiar elements of the original story, like the hot air balloon, the yellow brick road, and Emerald City in the background. Though the movie doesn't come out until 2013, it will be featured at Comic-Con next week, so hopefully we'll have more to show you then. For now, you can check out a bigger version of the colorful poster after the jump. 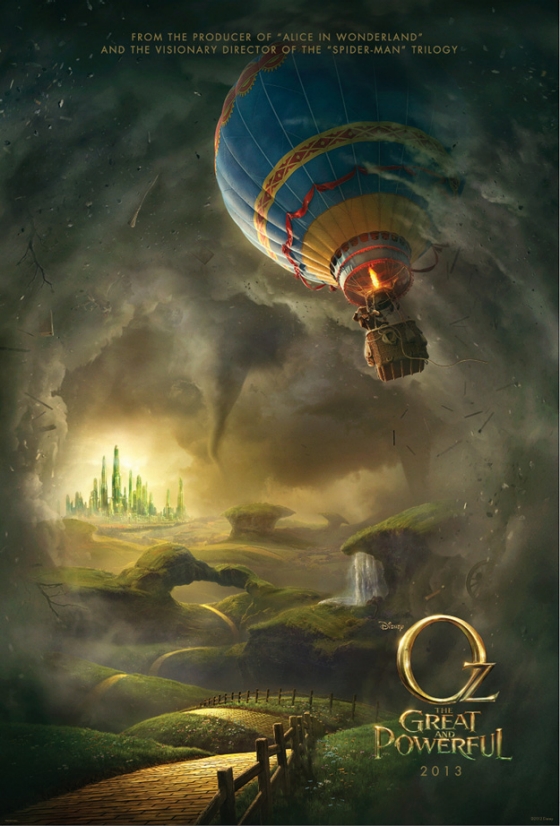