As if Mark Wahlberg needed to get in better shape, the actor looks the buffest I've ever seen him in the trailer for Pain & Gain. He's starring as Daniel Lugo, a self-improvement-seeking bodybuilder who gets sick and tired of struggling to pay his bills while fat-cat criminals sit on their piles of money. Seeking some real Robin Hood-style justice, Daniel and his similarly built friends, played by Dwayne Johnson and Anthony Mackie, hatch a plan to kidnap and extort one of Florida's most corrupt gangsters. 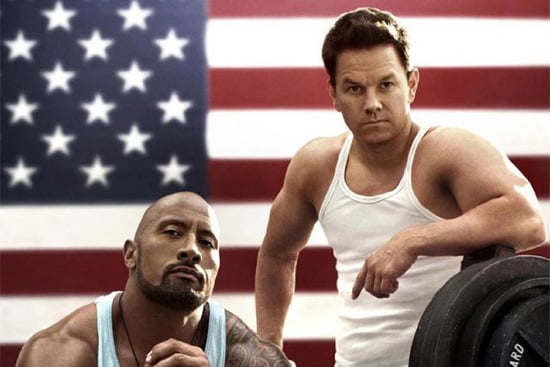 Pain & Gain, based on a true story and directed by Michael Bay, is a little hard to pinpoint. It feels like a comedy, drama, and heist movie rolled into one muscle-filled package, which could be great, but could also be real terrible. The movie opens April 26, and you can catch the trailer after the jump.