Liam Hemsworth shows off his leading-man chops in the trailer for Paranoia, in which he plays Adam, a young man chasing the American dream, only to get sucked into an insidious plot. When he joins a powerful firm as an entry-level employee, his boss (Gary Oldman) preys on his ambition and gives him an assignment that will send him to the top: spying on the head of a rival firm (headed by Harrison Ford). When Adam realizes he's in over his head, he faces threats to his life and his family — along with the attention of the FBI. 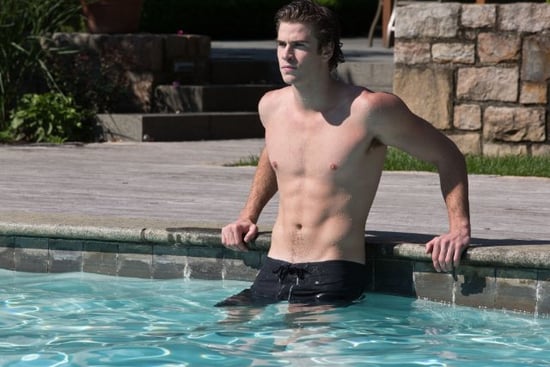 Though it looks like a generic and predictable espionage thriller, I love seeing Hemsworth center stage (even if he's not allowed to use his glorious Australian accent). Plus, the supporting cast is impressive enough to give it a boost. Aside from Ford and Oldman, Josh Holloway and Amber Heard also star. Paranoia comes out Aug. 16, and you can watch the trailer after the jump.