Last night, a handful of the Parks and Recreation cast and crew joined forces for their PaleyFest panel in Beverly Hills. Amy Poehler (Leslie), Chris Pratt (Andy), Retta (Donna), and Jim O'Heir (Jerry) were on hand to talk about the upcoming finale and some of the new guest stars ahead, including Brad Leland (Buddy Garrity from Friday Night Lights) as one of Leslie's election opponents, Fester Trimm. They reflected on Poehler's turn in the director's chair this season and why they chose to film two totally different versions of the finale — one in which Leslie wins the election and one in which she loses. The cast also carried out cardboard cutouts of their costars not in attendance, prompting their executive producer Michael Schur to crack: "By the way, this is exactly what it’s like to talk to Aubrey Plaza." Check out some of the highlights from the panel: 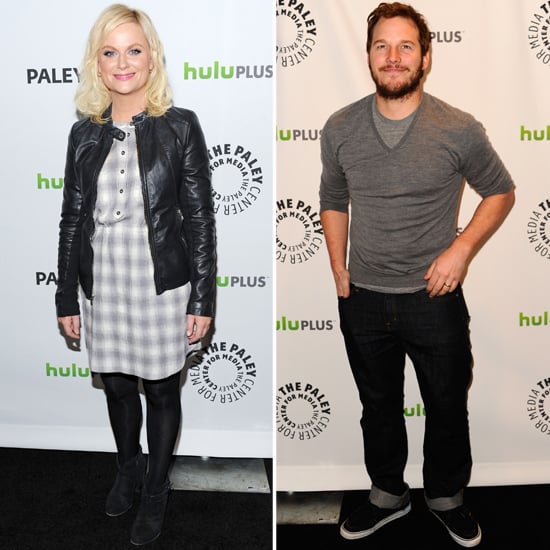 For more on the outcome of the election and Retta's love for the Twilight saga, just read more