NBC has had mostly good tidings for fans of its comedies so far, renewing 30 Rock and Community, and now it's also given additional seasons to Parks and Recreation, Whitney, and Up All Night. However, we've also got some cancellation news to report: Are You There, Chelsea, Awake, Bent, and Best Friends Forever have all gotten the ax. All four shows were midseason entrants, and I'm not terribly surprised to see them go. In the meantime, I plan on celebrating the Parks and Recreation news (especially since it's also getting a full 22-episode order) the same way the gang gave it up for Leslie's election victory on the season finale. 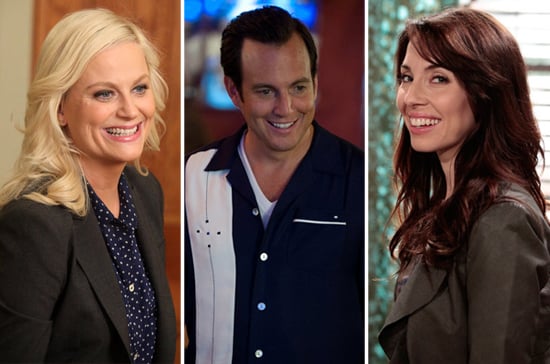