No longer a wallflower, Logan Lerman returns as the half-blood son of Poseidon for the Percy Jackson: Sea of Monsters trailer. In the follow-up to 2010's Percy Jackson & the Olympians: The Lightning Thief, Percy and his pals (Alexandra Daddario and Brandon T. Jackson) find themselves in search of a Golden Fleece that can save their half-blood haven. The problem is that this particular magical blanket is hidden in the sea of monsters, which houses — you guessed it — terrifying Odyssey-type monsters. 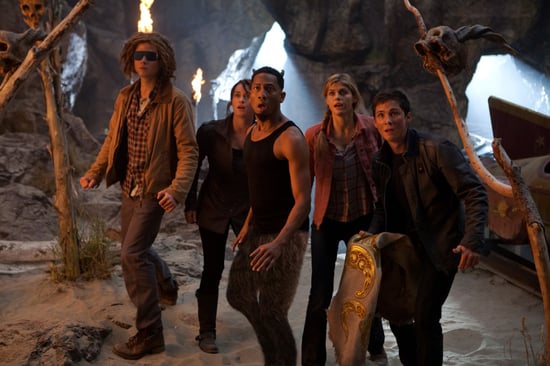 Following his turn in last year's The Perks of Being a Wallflower, Lerman has swiftly become one of my favorite young actors, and I'm on board to see him slay some monsters. Plus, the adaptation of Rick Riordan's book (one of the many YA novels to read before they hit theaters) is in 3D, which means that dizzying cyclone monster is going to be legitimately scary. The movie is set for an Aug. 16 release date; until then, you can watch the trailer after the jump.