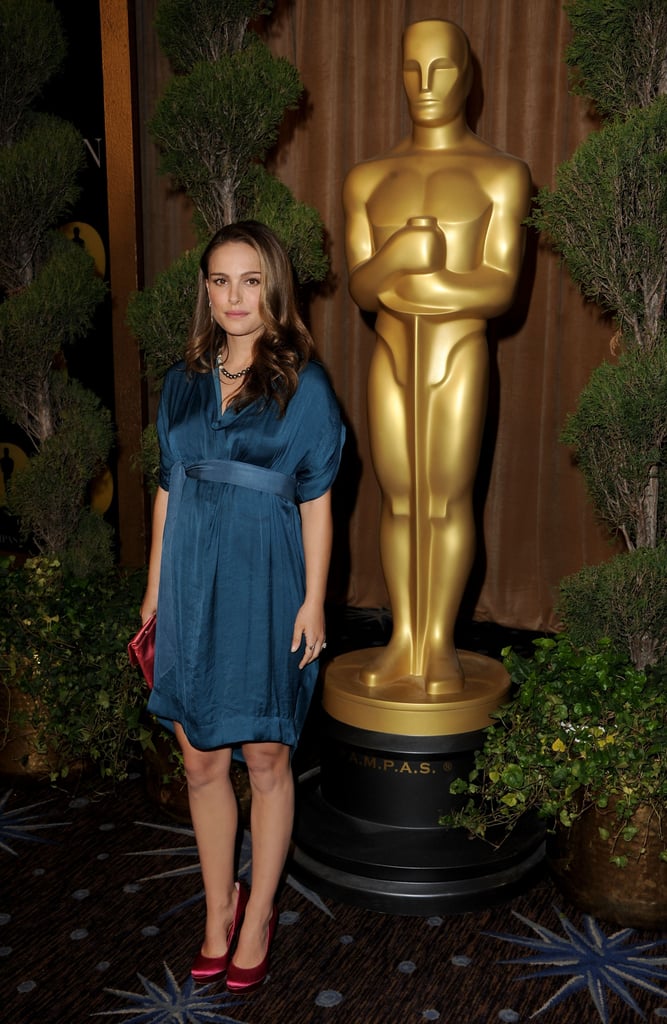 Natalie Portman looked beautiful wearing a teal, empire waist dress and red satin pumps in the interview room at today's 83rd Academy Awards Nominees Luncheon in LA. The expecting and engaged best actress nominee was quick to remind people what awards season is really all about, though, when one reporter asked what she might wear to the Oscars. "It’s certainly all about leaving space for growth, but is always surprising, also, that that’s become the conversation instead of the movies now: what you are wearing."

Talk soon turned to Natalie's critically acclaimed work when an Oscars fan on Facebook asked why she chose her Black Swan role. "I think I was really drawn to the world of dance itself. I always just thought it such a compelling expression through movement not through words," she said. "There's something very internal and true about dance as a mode of expression, and this character finding her artistic voice was something I was really interested by, where men are the directors and women are the stars in a very controlled way. So to find this woman kind of breaking out of that was very interesting to me."

Previous Next Start Slideshow
Natalie PortmanOscarsBlack Swan
Around The Web