Call it the Glee effect; harmonies are officially cool. And in Pitch Perfect, college freshman Beca (Anna Kendrick) finds herself begrudgingly recruited for her school's all-girls music group. Chloe (Brittany Snow) and "Fat Amy" (Rebel Wilson) are her new teammates, and together, they strive to take down the opposing boys team, headed by Workaholics' Adam DeVine. Though the girls are talented, it's up to Beca to take their old-school playlists into the 21st century and figure out a way to raise the money they need to make it to finals. 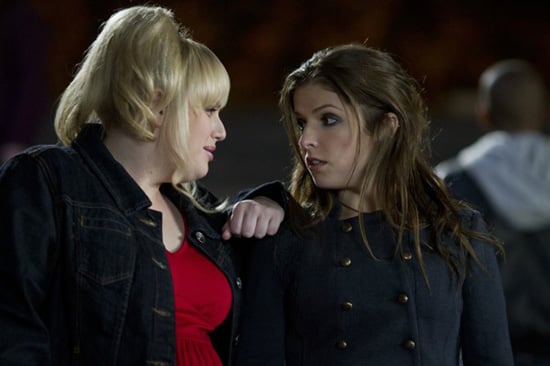 Wilson has some of the best lines in the trailer, and her comedic chemistry with DeVine has me laughing out loud. I'm also impressed with Anna's vocals — I had forgotten about the singing skills she exhibited in 2003's Camp. Though it may be borrowing from a few other college comedies, Pitch Perfect looks kind of hilarious, and truth be told I'm a sucker for mashups, so this movie is right up my remixed ally. The flick comes out Oct. 5, but you can watch the trailer after the jump.