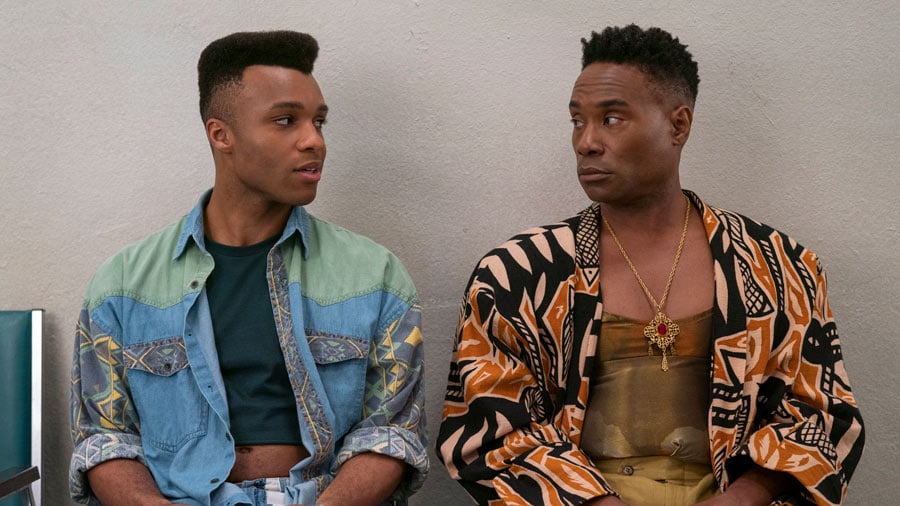 Warning: Spoilers ahead for the Pose!

Things got real on the Aug. 6 episode of Pose, appropriately titled "Revelations." In the episode, Pray Tell (Billy Porter) is helping Ricky (Dyllon Burnside) now that Ricky has tested HIV-positive. As the two spend an evening together going over how Ricky can take care of himself and then relaxing with a movie, one thing leads to another and they end up in bed together. As the smooth tones of Babyface play in the background, the two share an intimate night, something that Porter says meant a lot to him as a 50-year-old gay, black performer.

Related:
Why Trans Women Feel Torn in the Wake of the Latest Pose Episode

"I have spent my entire career never having been the object of anyone's affection or anything. Until now," says Porter, adding of watching the episode, "Having a very loving, connected sex scene is sort of blowing my mind. My nerves are frayed, I'm going to take a Valium and watch it tonight."

The episode was directed by Steven Canals, who is also a co-creator of the series, and he says that they took care to make the sex scene very comfortable for the actors involved.

"Going into directing the sex scene, I was able to talk to both Billy and Dyllon Burnside and be really transparent with one another about where there might be some anxieties," says Canals. "I choreographed the scene and we worked through it in rehearsals, clothed, and then we talked about what worked and then we shot it." 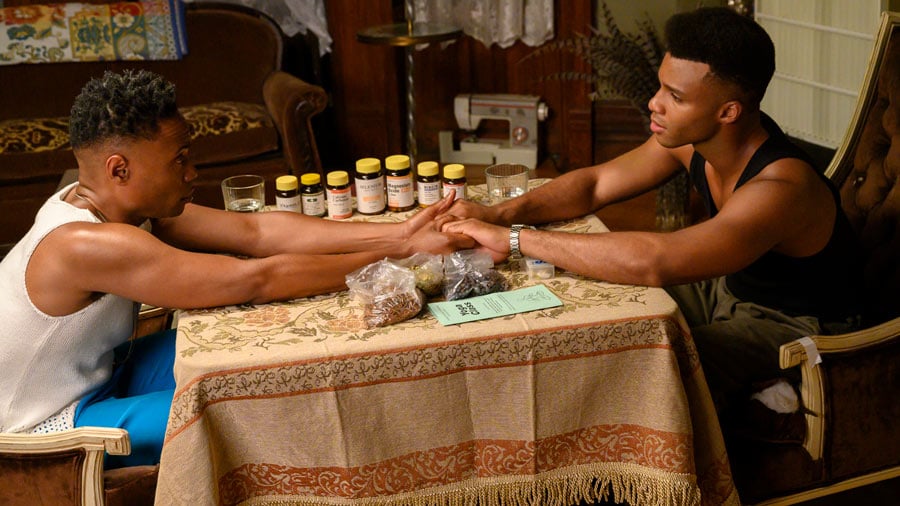 Co-executive producer Janet Mock adds, "It's revelatory to see these men together, sharing their bodies . . . we've never seen that in mainstream culture."

The Pose audience has also never quite seen an episode like this one. Many secrets were revealed over the course of "Revelations," and the producers say the fallout from this episode is what will drive the final two episodes of season two.

Mock says that "the sh*t hits the fan" in this episode, and that only Canals could have directed it because he's "someone who has known these characters from the very, very beginning." She also says this episode will bring "heightened anxiety" for the viewers and they'll keep the anxiety high through the finale.

"A lot happens in eight, nine, and 10 to wrap up the season. We pull some threads and things get a little messy, but as always, Pose is a family drama and families fight."

So expect episodes nine and 10 to keep the accelerator down right through the season two finish line.

Netflix
"Selling Sunset": The Cast's Friendships Behind the Scenes
by Chanel Vargas 33 minutes ago