It's almost the Summer finale of Pretty Little Liars, and you know what that means: it's time for a spontaneous school event that no one has ever mentioned until this week! We've seen our fair share of dances and parties that pop up out of nowhere, but the barnyard square dance is by far the strangest. Any excuse to get all the girls in one place, right? 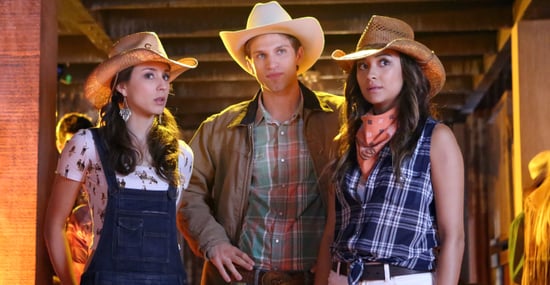 In all seriousness, though, and regardless of the means, we know we're getting to the end. CeCe is back and means business, a new witness might give Ashley Marin the big break she needs, and A sets up for another one of her dastardly games. Find out everything that happens in the recap below.

No one's safe in next week's finale, and you can bet your "A" that we'll be holding our breath until then. And if you're trying to hone your pretty little fashion sense, then head over to POPSUGAR Fashion to shop the hottest looks from this week's episode!