This week's Pretty Little Liars finally jolts some excitement into the season by threatening the life of a crucial character and muddling the actions of another. We're all trying to figure out why Mona confesses to killing Wilden, and it turns out she might have been crazy this whole time. Also, as A seems to be content with gravely injuring people who are closer and closer to the girls, it seems like it's only a matter of time before she closes in on one of the main four. 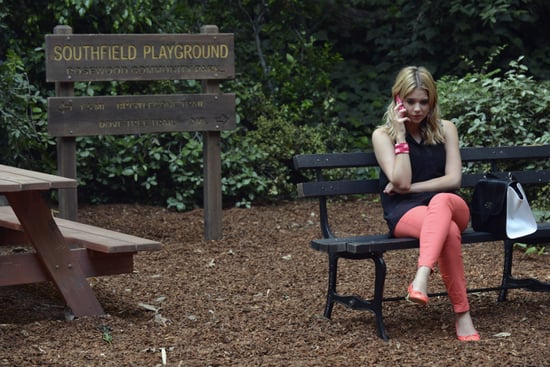 Things are starting to pick up, and I'm not complaining. Check out the full recap when you read on.

Don't forget to shop the most killer outfits from the episode over at POPSUGAR Fashion!

The Voice
The Voice: Watch This 14-Year-Old's Remarkable Audition That Got John Legend's Full Attention
by Karenna Meredith 16 hours ago