Things are getting way too stressful on Pretty Little Liars. It's been a long time since I've been completely absorbed in this show, but this week's episode had me glued to my screen. The state police have arrived, and they're suspicious — and good at their job. As they pull back the layers of mystery surrounding Detective Wilden's murder, they come dangerously close to uncovering information that might lead us directly to A. 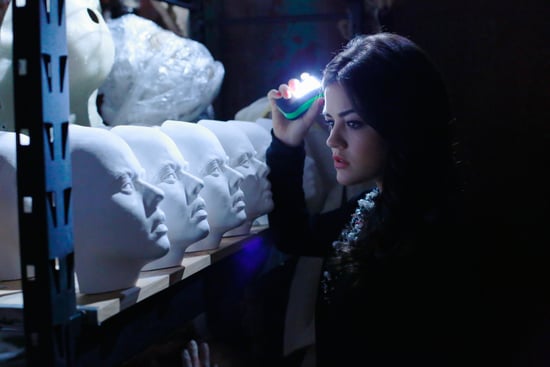 So, if you hadn't guessed, tonight is a bit of a doozy. Spencer finally gets Melissa cornered, and the police are closing in on Wilden's murderer. This presents a bit of a problem, because we don't know who Wilden's murderer is either. Find out what happens in the episode when you read on.

As the police and the girls get closer to the truth, so do we. This season seems to be carrying a lot, and I'm more than OK with that. Is it next week yet?

This is Us
The Pearson Family Is Back! Here's What to Remember About This Is Us Season 4
by Chelsea Dolan 13 hours ago