This week's episode of Pretty Little Liars was a demonstration of serious coincidence. Like, almost too much coincidence. Hanna makes a very grave discovery and a very impulsive decision, the girls go off to visit a suspicious nearby college, and Mona continues to be absent for the third week in a row. I don't know, guys — I'm scared she's either dead or getting ready to do serious damage. 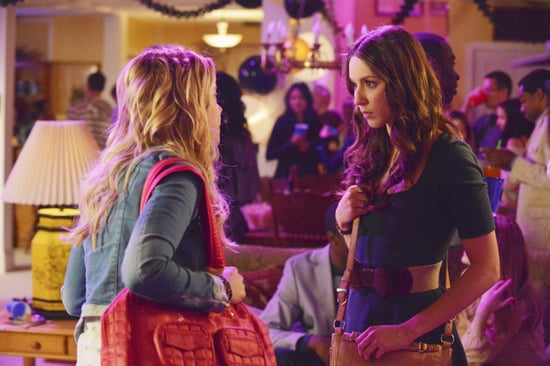 Yes, this episode feels like a valiant effort on the writers' part to cover a lot of ground, and while it's still packed with intense moments, there are parts that lead to head-scratching and skeptical looks from me at the screen. Find out exactly what happens this week when you read on.

This is bad news, everyone. It's hard to tell what's more terrifying at this point: the progress of the police's murder investigation or A's decision to mercilessly tighten the grip on all the girls. Either way, we're in trouble.

TV
The Marvelous Mrs. Maisel Is Coming Back For Season 4 — Here's What We Know
by Amanda Prahl 20 hours ago