This week on Pretty Little Liars, there's a lot of talk, but not a lot of action. Ashley Marin pleads not guilty to the murder of Detective Wilden, and Hanna decides she can't just wait around for her mom's inevitable incarceration. Meanwhile, Spencer does a little detective work of her own, and Emily's storyline begins to look like it's going to be a dud. 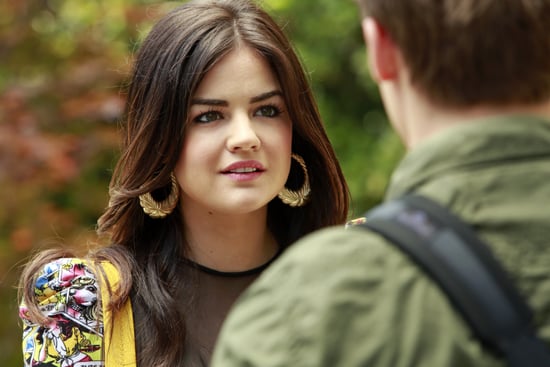 It's all pretty much dead ends right now, but that didn't stop the writers from slapping us in the face with a surprise twist at the end of the episode. Find out exactly what happened when you read on.

Feel like you can't get enough of Pretty Little Liars? Shop all the looks from the episode over at POPSUGAR Fashion!