If there's one thing we've learned over the course of our time with Pretty Little Liars, it's that no one can be trusted. In this week's episode, Maggie reveals a shocking fact to Ezra, and Hanna places her trust in someone who's engaging in some shady business of his own. We're two weeks away from the Summer finale, and things are starting to build toward what might be a cataclysmic conclusion. 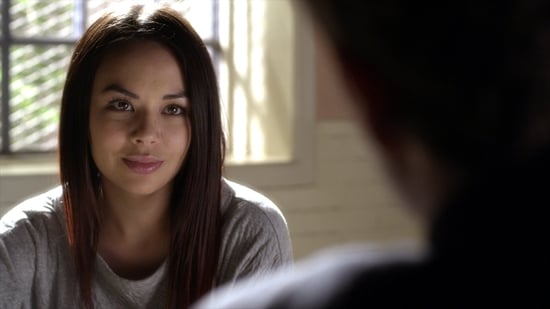 Let's talk about all the OMG moments in this week's episode. We're covering it all below when you read on!

Ready to take your Pretty Little Liars obsession to the next level? Shop the hottest trends straight from this week's episode over at POPSUGAR Fashion!