In this week's episode of Pretty Little Liars, all the parents are either completely nuts or missing entirely, a couple new characters spring onto the scene, and one of our girls gets herself hooked on pain pills. Well, that all came out of left field, but at least we can take solace in the fact that the girls still manage to look pretty cute week to week. 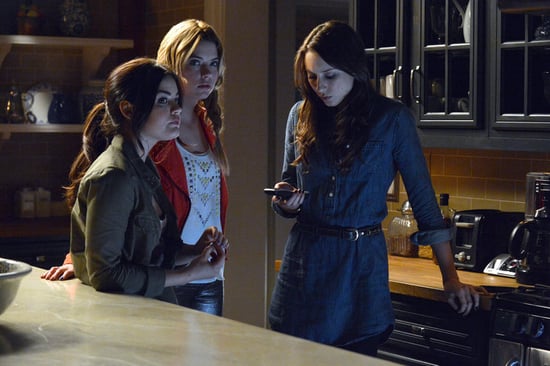 So what goes down in Rosewood this week? Get ready to talk about all the OMG moments from the episode when you read on.

Did we miss anything? Either way, let's hope some of those pesky plot holes get filled next week. Oh, and you know, maybe some of the parents will check in.

TV
We Can't Wait to See Javicia Leslie's Batwoman Suit in Action: "[It's] Her Moment!"
by Grayson Gilcrease 9 hours ago

HBO
The Undoing's First Season Is Short and Sweet, So It Won't Be Long Until the Killer Is Revealed
by Monica Sisavat 11 hours ago