Well, it looks like everyone's getting into some pretty murky water on Pretty Little Liars. Hanna has to face the implications of carrying a concealed weapon, Emily tries to help the situation and her plan totally backfires, and Aria gets hit on . . . again. But at least Mona's back, right? 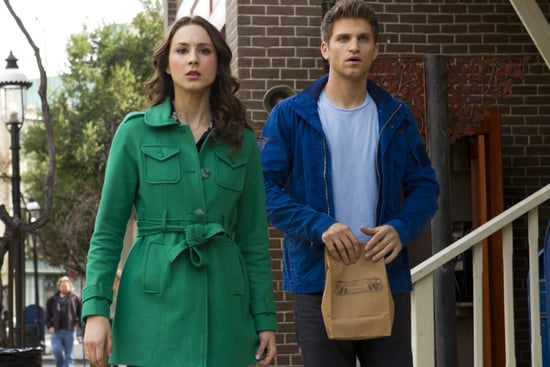 It's time to discuss the latest drama with our girls, the eerie town of Ravenswood, Shana's mysterious ability to be everywhere at once, and the fate of Ashley Marin. Check out our recap of this week's episode when you read on.

So now, Emily might be in legal danger for dropping off bizarre but somehow incriminating evidence, Hanna's facing seven years for her weapon concealment, and Hanna's mom might be taking the fall for Wilden's murder. In A's eyes, that's two girls down, two to go.

TV
Christopher Duntsch, aka Dr. Death, Is No Longer in the OR — Here's Where He Is Today
by Stacey Nguyen 17 hours ago

This is Us
The Pearson Family Is Back! Here's What to Remember About This Is Us Season 4
by Chelsea Dolan 18 hours ago

Netflix
Mindhunter Season 3 Isn't Technically Canceled, but It's Probably Not Happening
by Grayson Gilcrease 18 hours ago